As promised in a previous post, here are some close ups of the scroll I have worked on. I actually started it almost three years ago and get it out every once in a while to dabble at it. This you have seen before with the self portrait. 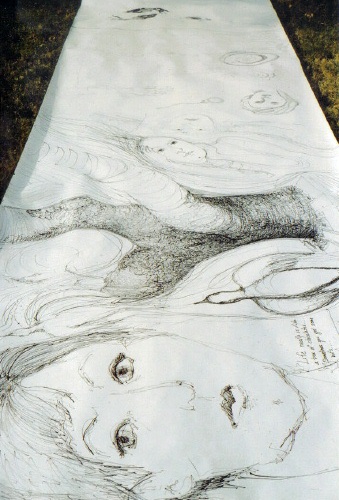 Here’s a view from the opposite direction. The self-portrait is at the far end. You can also see I need to mow my grass. 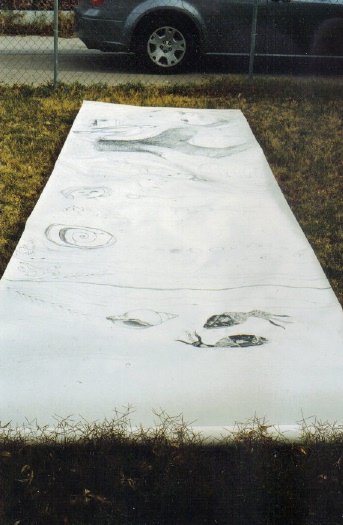 Next to the self-portrait and the tree are three faces, all of which are copies of three paintings I have in my studio. Sorry the angle is off and you can see wrinkling of the paper. More drawing is called for on two of these faces. 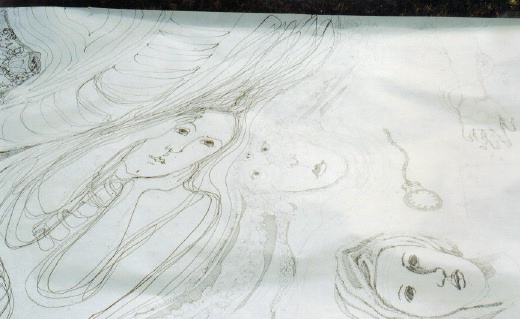 Next to the three faces is the water scene. I’ll be adding more fish, shells and vegetation to this area. This section is about four feet wide. The others are about three. 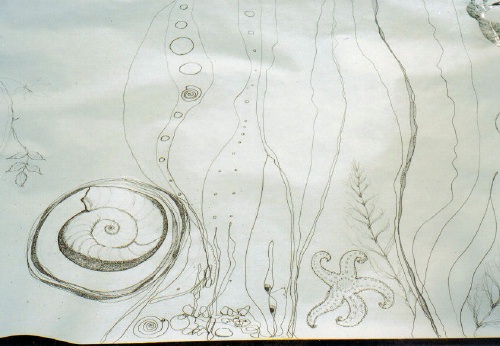 Here is a closer view of the star fish. 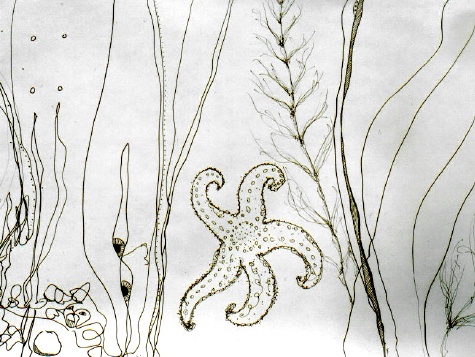 Here is a closer view of a sea shell and two fish. These fish represent Pisces. The fish are done with cut pieces of magazine pages and glued on like a collage. Not sure if that was a good idea or not. The white you see is actually due to sun reflection on the shiny magazine paper. 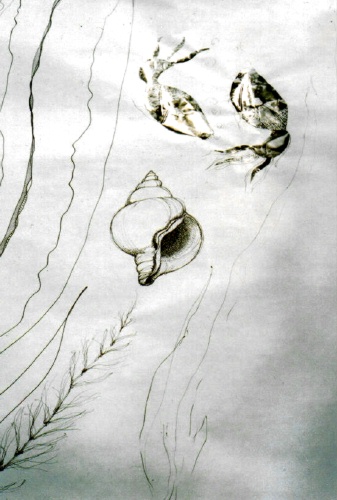 I am retired from real 9 to 5 jobs. I do my artwork and occasionally write poetry. In September 2010, I moved to Fargo, ND after spending 60 years in Phoenix, Arizona. Now, five years later, July 2015, I'm back in Arizona. And yes, I love the heat!
View all posts by pam →
This entry was posted in Uncategorized and tagged Art, drawing. Bookmark the permalink.

75 Responses to The Scroll