Just today, my Opera friend, Trang, did a post with a quotation about reading. I have been really busy with things lately with no motivation to post but this quotation inspired me to post about the books I’ve read over the summer. Reading is my quiet time at night and I’m currently reading a 7th novel called Floodtide by:

Frank Yerby (September 5, 1916 – November 29, 1991), who was an African American historical novelist. This series of seven books used to belong to my mom and were part of the 100 or so books I kept of hers after she passed away. At first I didn’t expect to really like these books because I don’t normally go for romance novels. I was very wrong. They ARE romance novels, but Mr. Yerby researched the different eras in which all of his books are depicted. They are also historical fiction novels and very good reads especially when a writer can get the reader to hate or love certain characters in the story and describe the scene, people, clothing, etc. in such a way as to make you feel you are part of it.

So far, the books I’ve read this summer by Yerby are:

Since I’m half way through Floodtide, I plan on going to the used bookstore to find other books by him. If there are no used ones, I will buy new.

According to many sources, including Wikipedia, Yerby became the first African-American to publish a best-seller with The Foxes of Harrow in 1946. “That same year he also became the first African-American to have a book purchased for screen adaptation by a Hollywood studio, when 20th Century Fox optioned Foxes. Ultimately, the book became a 1947 Oscar-nominated film starring Rex Harrison and Maureen O'Hara.”

“Yerby left the United States in 1955 in protest against racial discrimination, moving to Spain (then under the Franco regime), where he remained for the rest of his life. Frank Yerby died from congestive heart failure in Madrid and was interred there in the Cementerio de la Almudena.”

I had a hard time getting through the first book set in the south because the ‘N’ word was used throughout. I stumbled over this word every single time. I finally decided that that’s how it was. It was a sign of the times. The next book was much easier to read with much less stumbling. 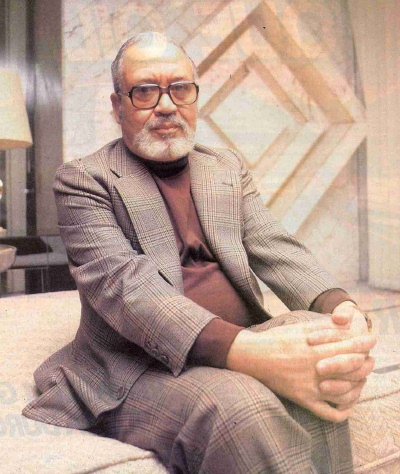 To read an overview of his books click here.

I am retired from real 9 to 5 jobs. I do my artwork and occasionally write poetry. In September 2010, I moved to Fargo, ND after spending 60 years in Phoenix, Arizona. Now, five years later, July 2015, I'm back in Arizona. And yes, I love the heat!
View all posts by pam →
This entry was posted in Uncategorized and tagged books, reading. Bookmark the permalink.