My aunt and uncle traveled alot. Chicago, New York, Detroit, New Orleans, Mexico, Canada and Cuba being just a few places that I can remember. I only vaguely remember my parents talking about the Cuba trip. My parents received a package from Cuba which contained two figurines of a male and female Cuban dancer. Somehow I ended up with these still in the original boxes, plus all their photos. The male figurine keeps falling over so I guess that's why my mom never put them out. My aunt used to be a journalist for the Indianapolis Star in Indiana so maybe that's why she traveled so much. I really don't remember. Wish I knew exactly what she wrote for the newspaper.

Here is my Aunt Ruby on the beach in Havana:

Uncle Herb on the grounds of a plantation. He loved the Cuban cigars.

Atop the Vedado Hotel looking NW

Atop the Vedado Hotel looking SE towards the Gulf of Mexico

Looking West down the main thoroughfare in Havana 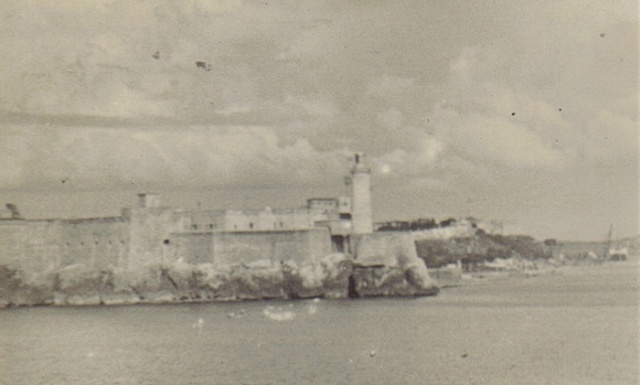 I don't remember the exact year Castro became in power but didn't really want to look it up as I don't care to get into politics. After reading some of my aunt's notations with the photos, I do know they had a 9pm curfew while they were there as did everyone. A horn went off or something. A year or so after they went, no one in the U. S. was allowed to go. I would somehow like to preserve these photos. There's scotch tape used all over the place.

Last but not least is a photo of me around 1949 in Bloomington, Indiana just before we moved to Arizona. Even then, at almost 3, I had a French beret and was a budding artist because I used to draw on the walls. My parents always painted around my scribbles. 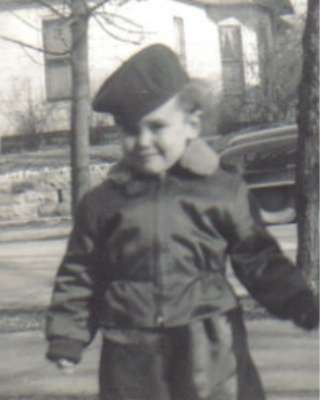 I am retired from real 9 to 5 jobs. I do my artwork and occasionally write poetry. In September 2010, I moved to Fargo, ND after spending 60 years in Phoenix, Arizona. Now, five years later, July 2015, I'm back in Arizona. And yes, I love the heat!
View all posts by pam →
This entry was posted in Uncategorized and tagged Cuba, family. Bookmark the permalink.